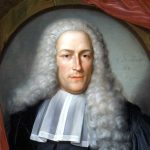 As described in our previous newsletter on the topic, the use and legalization of cannabis have had a bumpy ride for almost a century. However, the past twenty years have seen a strong uprise in legalization efforts all over the world. In this newsletter, we will look at the change in societal perception of cannabis, as well as the scientific research investigating the public’s view of cannabis use, legalization, and its characteristics.

Most research towards the public’s perception of cannabis can be found in the U.S. and Europe, with Europe only recently starting consistent polling of the continent’s population for opinions on cannabis. Therefore, the information provided here could be skewed towards the western and English-speaking world. The most striking change in public perceptions towards cannabis can be seen in the number of U.S. citizens favoring the legalization of marijuana (Figure 1), which has gone up from 12% to 68% since 1971 (Brennan, 2020).

A recent poll on  European citizens showed that legalization is supported by 55% of respondents in Germany, France, the UK, Spain, Italy, the Netherlands, Portugal and Switzerland (Hanway Associates, 2022). This contrasts with an E.U. report from 2011 which measured youth attitudes to drugs in Europe, stating that on average 59% of young people say cannabis should remain illegal, a figure that ranged from 33% in The Netherlands to 87% in Romania (Gallup, 2011). It can be safe to say that on average, more than half of western people currently believe that cannabis should be legal, but it is likely that European countries still differ in their respective percentages..

The reasons why this shift in public perception around cannabis happened are multiple, and mass media certainly played a crucial role. First, there are some important distinctions in the way communication around cannabis is framed. Mikos & Kam (2019) were interested to see how people in the U.S. change their perception of the substance and its effects when you frame it as cannabis or marijuana, and as medical or recreational. In the U.S., the term cannabis has only recently started to become more popular as it is thought to be a more ‘neutral’ term in policy texts and less related to previous stigmas. But against their expectations, they found no differences in people’s perceptions when naming it either cannabis or marijuana. Interestingly enough, their respondents did view cannabis as less harmful when told that it would be for medicinal use. While it is still the same substance, apparently they believe it to have different effects depending on the type of use. This is explained by Mikos & Kam (2019) as people having different ideas of the way it is administered for medicinal purposes, with consumers being more responsible users, having medical supervision or using other methods of administration than smoking or eating.

Felson et al. (2019) suggested that an increase in the media’s framing of cannabis as a medicinal substance has contributed to the pro-legalization viewpoint as well as a decrease in people in the U.S. seeing cannabis as a harmful substance over the past years.

A poll in the U.S. by the Pew Research Center (Green, 2022) showed that only one in ten respondents were completely against legalization, while 30% think it should be legal for medical use only (Figure 2). This indicates that the amount of people who support legalization varies widely depending on what type of legalization is suggested, which shows how using the term medicinal is a deciding factor in people’s perception of cannabis use and legalization.

A study from Israel (Snitzman & Lews, 2018) investigated the role of news media coverage on the medicinal properties of cannabis and found that using this narrative could also influence the public’s acceptance of recreational use. They stressed that in communication and regulation, it is important to clearly make a distinction between medicinal and recreational use, especially because the possible harmful effects of cannabis do not always outweigh the medicinal advantages. In forming an opinion around cannabis legalization, finding a balance between medicinal and recreational use can be difficult and this seems to divide the public.

Legalization stances depend on perceived harm

This complexity is also noticeable in people’s perceived risk or harm of cannabis use, which is a common metric in research. Perceived harm usually entails whether cannabis is addictive, if it acts as a gateway drug, if the user’s (mental) health is affected negatively, or if it impairs driving (Mikos & Kam, 2019).

One study towards young adults in the U.S. found that 73% of people had a low level of perceived harm from cannabis (Rudy et al., 2021). They were also able to relate the perception of harm to a person’s support or opposition to various policies such as legalization, private or public use.

Another study comparing the U.S., Canada and the U.K. in perceived harm among youth showed corresponding figures. They found that Canada and the U.K. were often more conservative, with 36%, as opposed to 28% in the U.S., thinking people harm themselves ‘a lot’ when they smoke cannabis (Wadsworth & Hammond, 2019). A similar difference was seen when asked if the respondents thought using cannabis on a regular basis would harm mental health, with 40% in Canada and the U.K. and 29% in the U.S. saying it would form ‘a great risk’.

Thus, a large chunk of the population who think cannabis should be legalized for medicinal purposes, likely still believe that it can be a harmful substance. Looking at the reasons why people either support or oppose legalization, a more complex view than just ‘bad’ or ‘good’ arises.

In the U.S, Resko et al. (2019) found in their survey that the respondents favoring legalization often do so despite recognizing possible negative consequences. They collected respondents’ reasons for being pro- (48.1%), con- (41.9%), or not sure about (10%) legalization. Over half of the stated reasons for being pro-legalization were that cannabis is deemed less harmful than other, already legal, substances such as alcohol or tobacco. Furthermore, a quarter of the respondents stated that the criminalization of cannabis is costly and disproportionately impacts the lives of certain minorities. Only the fourth most popular reason, coming just after the statement that legalization would provide valuable tax income, was the medicinal benefit of cannabis. The respondents being opposed to legalization seemed more uniform in their answers. The overwhelming majority stated as a reason that marijuana is harmful to the user and society or can act as a gateway drug to other substances. A tenth of respondents did oppose legalization but supported regulated medicinal use.

Right now, many other factors besides knowledge influence people’s perceived harm of cannabis. Two studies in the U.S. (Mariani & Williams, 2021) and Europe (Piontek et al., 2013) showed that factors from your surroundings such as perceived availability and use of cannabis among peers, performance in school or extra-curricular activities, and parental control, have an influence on the level of perceived harm of cannabis use. Finally, a review by Siddiqui et al. (2022) looking at studies from all over the world, also described a strong role of (sub)cultures, political views and religious affinity in the acceptance or rejection of cannabis use.

While the legalization of cannabis continues to be implemented around the world, it remains important that people base their support of cannabis legalization on the correct information and for the right reasons. Resko et al. (2019) noted that misinformation regarding cannabis was often included in their respondents’ answers, such as stating any unacknowledged medical benefits, that cannabis cannot be addictive, or that it has no effect on driving skills. Apparently, people’s views on cannabis and legalization are still quite variable. Although many medicinal properties of cannabis are known to the public, they still seem to play a more minor role than political or social factors in cannabis-related voting behavior. It is therefore important that results from scientific research are continuously shared and public beliefs are put into scientific context, to increase the level of sensible policy decisions around the topic.